GGO is Fighting Back Against Bloomberg – Can You Help Us?

GGO is Fighting Back Against Bloomberg – Can You Help Us?

With just weeks to go until Election Day, the fight for gun rights is red hot!

While President Trump’s poll numbers in Georgia remain strong, legislative races that will decide the future of our gun rights for the next two years are a different story.

That’s especially true with Michael Bloomberg spending tens of millions of dollars attacking pro-gun candidates all over the country — including right here in Georgia!

Radical leftists like House Minority Leader Bob Trammell and many others are working hand-in-glove with Everytown for Gun Safety, hoping to weaken the power of the pro-gun forces in Atlanta, so they can be in position to launch a massive attack on Georgia’s Stand-Your-Ground law in 2021!

Simply put: Bloomberg is coming after Georgia with everything he has, determined to turn our beloved Georgia ‘blue’ so that he can eventually pass Virginia-style gun control right here!

If gun owners don’t fight back, hard,  we will be sending the message to Bloomberg’s forces that Georgia is ripe for a hostile takeover by radical socialists, bent on passing gun control!

Georgia Gun Owners is on the front lines in this fight, doing everything that we can to expose the truth about these candidates who hate the Second Amendment and the proud gun owners like you and me who fight to defend it!

Above is a the digital ad that we started running last week in Newnan, Grantville, Lone Oak, Hogansville, and LaGrange — reminding tens of thousands of gun owners that House Minority Leader Bob Tramell is an enemy to our gun rights and is determined to repeal Georgia’s Stand-Your-Ground law!

I’m asking for your IMMEDIATE financial support to plaster ads just like these all over Georgia’s radio, TV, and digital airwaves so that every gun owner in the state knows where their candidates stand on our right to keep and bear arms!

The copy is written.  The ads have been produced.  But we’re getting down to the wire, and I need your immediate help to run them in time to be effective.

Of course, House District 132 is just one of the races where we are exposing a candidate’s views on guns.

We are also preparing to run this aggressive radio and digital ad program in the 7th Congressional District, where radical gun-grabber Carolyn Bourdeaux hopes gun owners don’t find out that she supports Nancy Pelosi’s war on guns 100%! 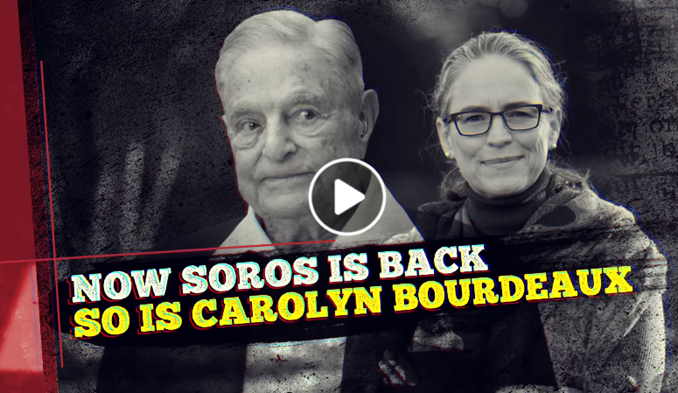 Like many anti-gun candidates here in Georgia around election time, Bourdeaux hopes that gun owners will give her a pass when she says that ‘she grew up around guns.’

But talk is cheap from politicians, and that is especially true at election time!

The truth is that Carolyn Bourdeaux would join Nancy Pelosi and Georgia’s own Hank Johnson, in launching wave after wave of attacking against our right to keep and bear arms, including:

>>> A national gun owner registry; this is Michael Bloomberg’s signature legislation, as it would create a list of every gun owner in America through useless ‘universal background checks’ and which would make felons out of Georgia grandfathers who handed down family firearms without first obtaining government permission.

>>> A ban on the AR-15 and hundreds of similar firearms; this legislation would put you in prison for over five years for owning the most popular rifle in America, part of the radical left’s goal of completely disarming law abiding Americans.

>>> National ‘Red Flag Gun Seizure’ legislation;  which would allow a liberal judge to order the seizure of your firearms before you have been charged, arrested or convicted of crime through secret, ex-parte court hearings that you can’t attend!

That’s why Carolyn Bourdeaux has been endorsed by Michael Bloomberg’s Everytown for Gun Safety, Stacey Abrams, and dozens of other national gun control leaders who want to destroy our right to keep and bear arms forever!

It’s up to you and me, grassroots gun owners here in Georgia, to stand fast and hold the line on our precious right to keep and bear arms! Our great-grandchildren are counting on us to preserve their freedoms, as our great-grandfathers did for us.

The cost of running radio, TV, and digital ads in multiple legislative districts adds up very fast, as presidential and congressional campaigns are attempting to buy up every bit of airtime available.

But we can’t hold anything back, we must go ‘all in!’

After all, ads like these are a critical complement to our hard-hitting email and U.S. mail programs, which are already in the works. 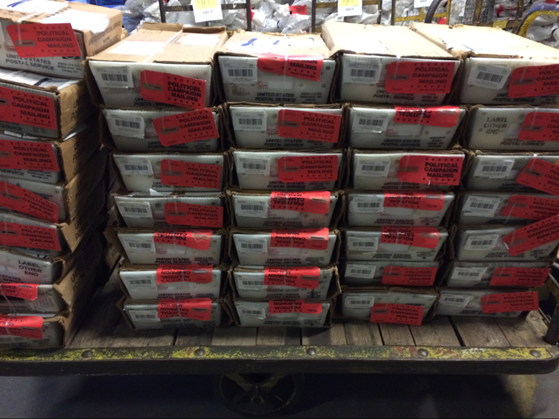 The members and supporters of Georgia Gun Owners have been holding the line against radical gun grabbers for years! In fact, virtually everyone in the Capitol knows that GGO members are THE ONLY REASON why Stacy Abrams lost to Brian Kemp in 2018!

But the momentum is shifting here in Georgia, and we can all feel it.

And fueled by millions of dollars of Michael Bloomberg’s money, the radical gun control crowd is working harder than ever to prop up radical gun-grabbers across the state!

It’s time to lay it all on the line.

We’ve secured our budget to run these digitals ads in all of our targeted districts, but I am going to need your immediate help to get these ads on radio and TV if possible.

Can you please dig deep and agree to a generous donation of $100 today?

I know that’s a tremendous amount to ask for, and that it’s more than you’ve given to Georgia Gun Owners in the past. But we’re in the fight of our lives here in Georgia against radical socialists, and time is running out.

Our Second Amendment freedoms and everything we love about Georgia hangs in the balance. Future generations are counting on us.  It’s time to stand and fight!

Georgia Gun Owners is ‘all in.’ Will you stand with us?

Election day is just a month away and Michael Bloomberg’s Everytown for Gun Safety is working overtime here in Georgia, attacking pro-gun candidates while doing everything they can to put radical gun-grabbers into power in Atlanta so they can launch waves of attacks on our gun rights.

Georgia Gun Owners is already running an aggressive round of digital ads like this and this, in targeted districts across the state, exposing radical gun-grabbers like Bob Trammell and Carolyn Bourdeaux, who want to disarm gun owners!

But I need your IMMEDIATE financial support to help me fund our radio and possibly even TV ad buys, so that I can rapidly increase the size and effectiveness of this statewide media blitz!