Video: What’s the Point in Contacting Warnock and Ossoff?

Video: What’s the Point in Contacting Warnock and Ossoff?

As we told you last week, Joe Biden is expected to nominate another raging gun grabber — Steve Dettelbach — to be the new director of the ATF at any moment!

Of course, Biden tried this last year, with David Chipman.

But gun owners flooded the United States Senate with millions of calls, emails, and petitions opposing Chipman last summer — forcing the Senate to block his appointment.

Now, we need to do it again. You see, while Dettelbach might not have worked for Everytown for Gun Safety like Chipman did, he supports the most extreme gun control agenda imaginable!

If confirmed, Dettelbach will unleash the ATF on law-abiding gun owners across the country, especially with Biden’s two Executive Orders only months away from taking effect!

To learn more about Dettelbach’s horrific views on your gun rights, and how gun owners can shut down this nominee just like we did with David Chipman, I hope you’ll watch our video report. 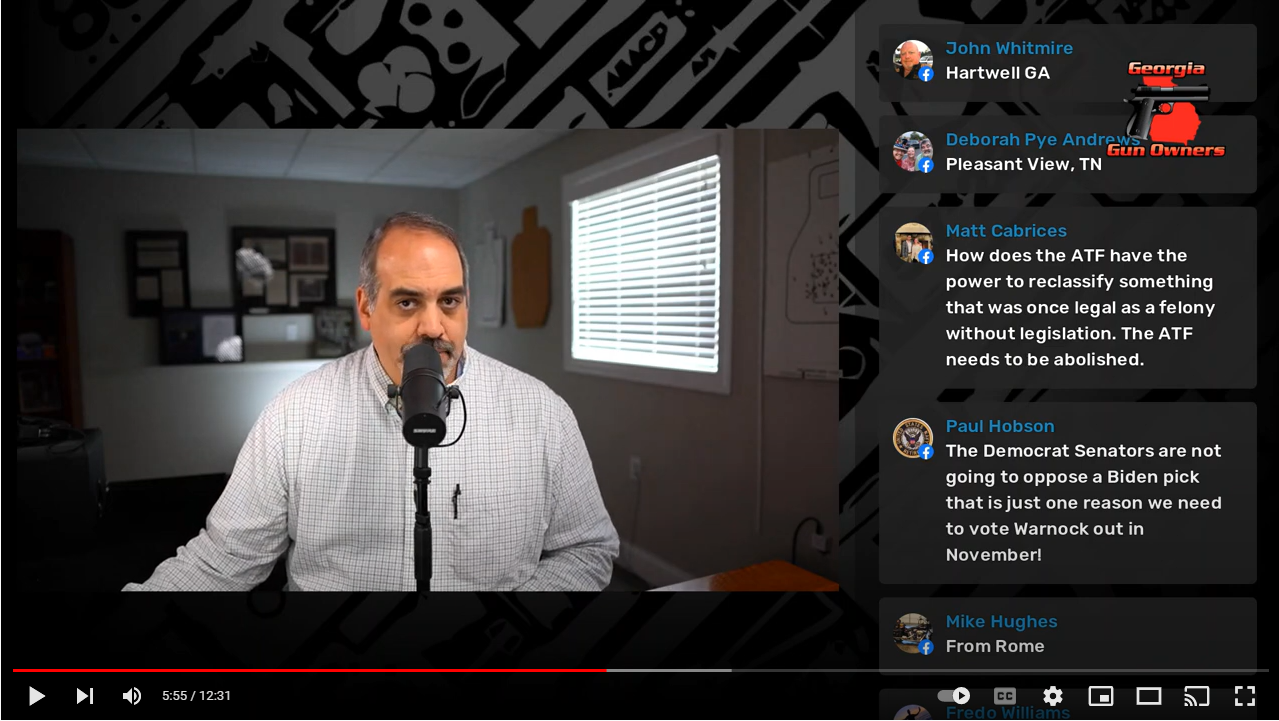 As you just heard, Dettelbach hates gun owners and would use his position as ATF Director to try to make felons out of as many law-abiding gun owners as he possibly can!

That’s why Raphael Warnock and Jon Ossoff need to hear from you now, so that they know that gun owners across Georgia are fed up with their party’s socialist agenda.

If they vote to confirm this mad man, it will just be one more nail in their party’s coffin this November!

Then please consider a generous donation so that I can get the word out about Dettelbach to other gun owners across the state. Working together, we stopped Chipman last year.

Help us do it again — make a generous donation NOW!

P.S. Steve Dettelbach — the man Joe Biden is expected to name to direct the scandal-ridden ATF — supports a gun control agenda that is even more aggressive than David Chipman’s!

To learn all about Dettelbach’s views on the Second Amendment and how many gun owners would be facing felony charges if Dettelbach gets his way, watch our video report right away.

Then take a moment to contact Senators Warnock and Ossoff using our automated system. Tell them that pursuing this nomination will cost their party dearly in November!

Gun owners defeated David Chipman’s nomination last year. And with your help, we can do it again! Please make a donation right away to help us fight back against Dettelbach’s nomination!