Beto Is Gone, The Raffle Is On!

Beto Is Gone, The Raffle Is On!

Even though Beto is gone, he changed the Second Amendment game for the 2020 election cycle, and for the foreseeable future.

When Beto said “Hell yes, we’re going to take your AR-15s” he took away the left-wing argument they’ve trotted out for decades that “no one is coming to take your guns.”

Well, yes they are, and everyone now knows it.

In just a few shorts weeks (November 20), every major candidate on the Democrat side will be in Atlanta for their next Presidential debate.  Undoubtedly, they will be discussing their plans for gun confiscation.

At the same time, Georgia Gun Owners will be smack dab in the middle of our 2020 Fall Gun Raffle.

The very firearm we’re raffling off, the “Honey Badger by Q” in 300 blackout, is one of the firearms they would love nothing more than to ban, confiscate, and destroy.

With Georgia’s legislative session set to begin in just 2.5 short months, and with gun control chatter at the Capitol in Atlanta reaching a fevered pitch, there is no better time than now for to get in on our raffle.

All proceeds from this raffle go directly into our “2020 Gun Rights Battlefund” which we will be unloading from January through March to stop ALL gun control legislation at the Capitol.

So get in on the fight, get your raffle tickets below, and help us stop these anti-gunners in Georgia (Don’t Forget Your T-Shirt Size)! 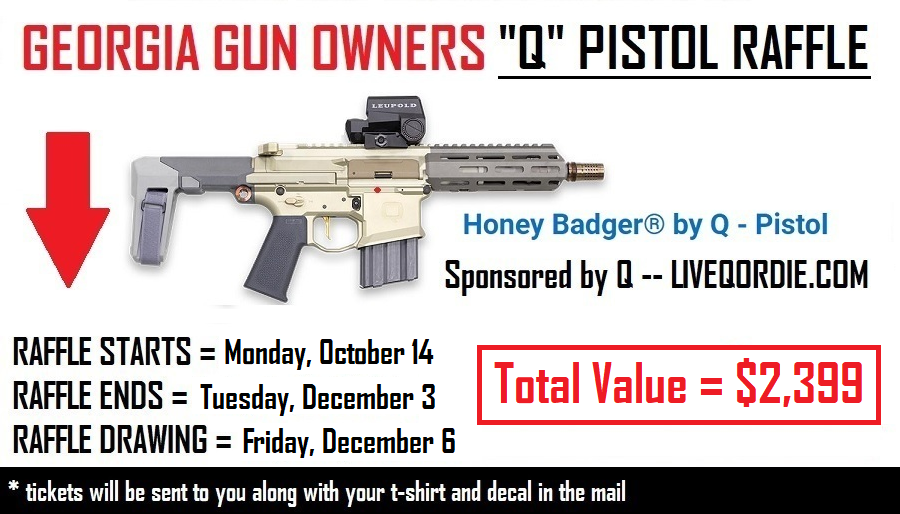 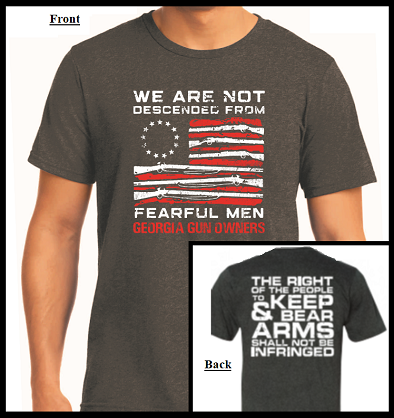