Polls closed less than two hours ago, but the writing is already on the wall . . .

NRA-endorsed Casey Cagle is going down in flames in a massive blowout tonight in Georgia.

Not only did Cagle ignore the members and supporters of Georgia Gun Owners.  He and his staff ridiculed you.

Then he said he was against “Constitutional Carry”, only to change his mind a few days later after hundreds of thousands of gun owners jumped all over him.

Casey, the members and supporters of Georgia Gun Owners aren’t stupid.  We can smell an anti-gunner when we see and hear one.

You dug your own grave.

For your disgusting actions actively working against gun owners and the Second Amendment, we’ve reserved a spot for you in the Georgia Gun Owners political graveyard. 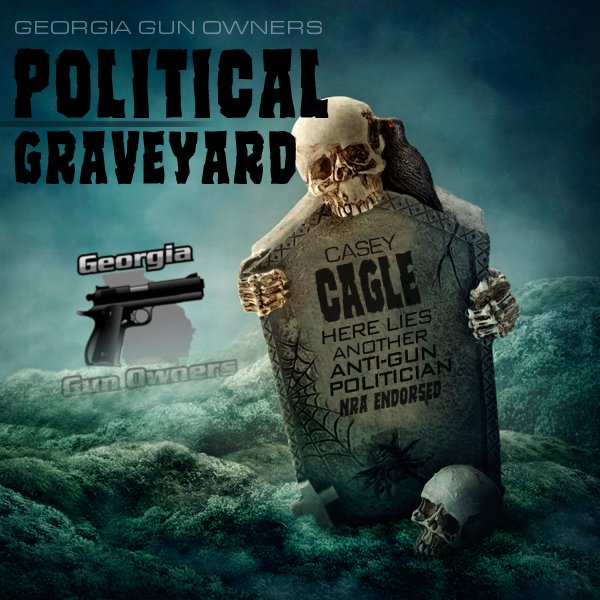 Can You Ever Really Trust A Politician?