That’s why she pre-filed her so-called “Assault Weapons Ban” bill (H.B. 10) the day before Thanksgiving!

Hoping she could do so without a ruckus, she forgot that Georgia Gun Owners publicly exposed her and her anti-gun cronies at the Capitol within minutes of the bill’s introduction this past January.

That’s why I’m at the Capitol — right now — to let you know what’s happening with H.B. 10, that would ban dozens of firearms in Georgia, as well as .50 caliber ammunition.

Please click here to join me for a LIVE broadcast on our Facebook page (you have to be signed into Facebook; scroll to the LIVE video when you get on our page) from just outside Oliver’s meeting of anti-gunners today at the Capitol. 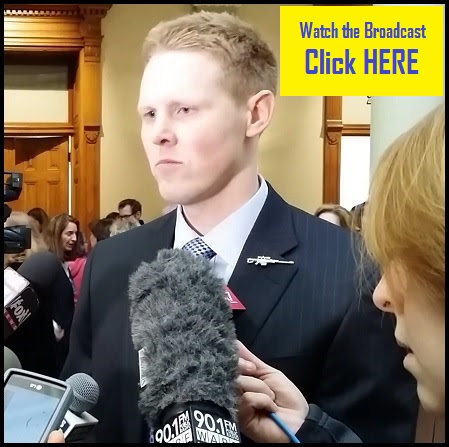 “People have to die”